The Department of Health of Louisiana, USA, has confirmed an outbreak of the norovirus breaks out in US casino. Over 200 guests of the L’Auberge Casino in Lake Charles have been infected with the dreaded germ. The symptoms are severe nausea, stomach cramps, vomiting and diarrhea. A number of other infections are expected. Here is an overview.
A doctor examines virus cultures in petri dishes. The US health authorities speak of a particularly aggressive form of the virus. © CDC / Unsplash Warning of rapid spread.

Authorities to take special hygiene measures to protect themselves from infection

As a result of their stay in the casino, visitors complained of stomach cramps, nausea and diarrhea, and some suffered from fever. Meanwhile, according to Sean Ellis, a U.S. Department of Health official, it is being investigated whether the outbreak actually originated in the casino. That the outbreak took place inside the casino is, according to Dr. Lacey Cavanaugh, the region’s medical director, probably.

Almost all first-time patients had indicated that they had previously stayed in the establishment operated by Penn National Gaming (Pennsylvania). Cavanaugh was concerned about the rapid spread of the virus. Since the casino is a public place, a number of other infections are also expected.

The people in the private environment of the infected people could show the first symptoms “very soon”, according to the doctor. It is therefore a top priority to ensure that the virus does not spread even if the casino is not the source of the spread. One statement said: “Where exactly it started is no longer important, what we will experience is a transmission within the communities. It doesn’t matter how and where people get infected, they are now taking the virus home and transferring it from one family member to another. That is the real message that we need to convey. ”

To this end, health authorities ask everyone in the region who has had norovirus symptoms in the past two weeks to complete an online survey to help with the investigation norovirus breaks out. The responsible doctor Dr. Frank Welch commented to CNN: “People with norovirus can spread the disease easily from the moment the symptoms appear to several days after their recovery. Some people can spread the norovirus for up to three weeks. There are no medications to prevent the outbreak, so hand washing is the best protection. ”

Norovirus breaks out consequences for the casino?

“The comfort and safety of our guests and team members is always our most important concern. We fully cooperate with government health officials who review our reports. In the meantime, we have put in place strict hygiene procedures. ” There should be no temporary closure of the casino due to the risk of infection. The question arises whether the casino could have counteracted a spread at all. Nevertheless, the casino should at least in the foreseeable future suffer from falling visitor numbers.

The casino closures meanwhile are causing serious economic downturns, because Macau’s GDP (gross domestic product) is generated by more than 60 percent from gaming revenue. There are no tourists from Hong Kong and China, and the sector is down around 80 percent. Just a few days ago, the market giant Wynn Resorts (Las Vegas) announced that it would lose around $ 2.4 million a day through the containment measure. 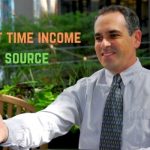 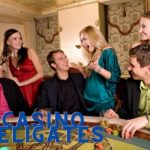 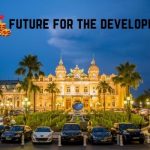